Change can be driven by many things a selfless act and terrible events and unfair laws – in each case it is an individual’s reaction to events that can be a catalyst for positive change.

I want to pay tribute to two individuals who have been a force for change – making each of our lives better and fairer by their actions and example.

As you would expect my list starts with a firefighter. 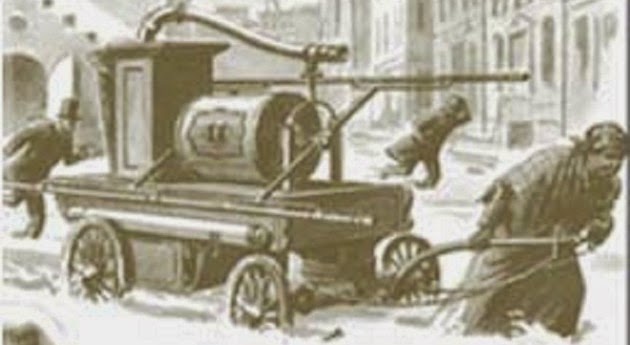 Women have been firefighters for longer than most people realize: in fact, for almost 200 years. The first woman firefighter we know of was Molly Williams, an African American woman who was a cook with Oceanus Engine Company Fire House in New York City in 1815.

One wintry day in 1818 Molly heard the church bells signalling a fire, she rushed to be of help. This time, however, it was not food that was needed, but extra hands as sickness had severely limited the number of men who responded.

Molly did not hesitate - donning a leather fireman’s hat, she pitched in to help. And help she did. She helped to pull the heavy tanker to the scene of the fire, passed water on the bucket brigade, worked on the pumper, manned a hose, and pulled down parts of burning walls with a hook.

In the end she received the highest compliment she could hope for from the Fire Captain: “Molly, by golly, you’re as fine a fire lad as any!” From then on she was known as volunteer number 11.

Her story is told in a children’s book – “Molly by Golly” – the Legend of America’s First Female Firefighter.

Her heroics are recorded in the African American Firefighters Museum in Los Angeles.

Today, women play a significant role in the fire service around the world.

I am incredibly proud to follow in her footsteps and I hope Molly, looking down, is proud of me and my colleagues.


Since 2014 marks the 100 anniversary of WW 1 it is only fitting that we celebrate the achievements and bravery of the UK’s first black combat officer. 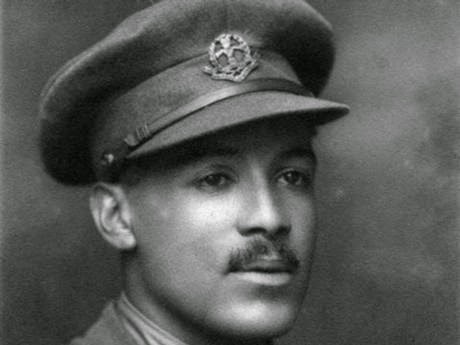 Walter was also one of the first black professional footballers – playing for Tottenham Hotspur. When war broke out he volunteered for the 17th Middlesex, called the Football Battalion because of the number of players in its ranks. Once again he found himself the only black man in the team - and he proved himself all over again. By the time he finished his training he had been promoted three times

After one daring night raid, in Italy in which Walter led 26 men across a swirling river and brought them all back unharmed, he was mentioned in dispatches for “gallantry and coolness under fire”.

Senior officers recommended Walter for promotion and he won his commission in May 1917 although military regulations - forbidding "any negro or person of colour" being an officer.

He became the first Black combat officer in the British Army. In contrast with his fellow officers – most of whom were from well-off families and public school-educated he was a working class orphan.

Lieutenant Tull was killed leading his men during the second battle of the Somme in 1918. He was such a popular officer that when he was wounded several of his men made valiant efforts under heavy fire to bring him back to the British trenches at the some cost of their own lives. However their efforts were in vain.

He was recommended for a Military Cross but never received one. Campaigners are calling for the government to posthumously award him the medal.

His accomplishment and sacrifice are being recognised and celebrated as part of the commemorations of the centenary of WWI. His portrait with a backdrop of infantry soldiers going "over the top" will feature in one of a set of six coins to remember the sacrifices made by many during the war.

To-day our armed forces have 670 black and ethnic minority officers and racism is condemned.

Lieutenant Tull I salute you.
Posted by Unknown at 14:44