A force for change: Dr Minns. 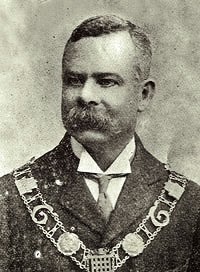 It is not just one, but many people who have inspired me through my life.

As educators,  I feel it is important for  us to make the younger generation aware of our arms reach heroes, in the hope that they too will feel that they could achieve

If I was to ask "Who was the first Black Mayor of Gt Britain?"
You may answer, John Archer, elected Mayor of Battersea 1913.

But in fact  it was noted, that nine years earlier, in 1904, "Dr Allan Glaisyer Minns, a  coloured man from West Indies, (Bahamas) was elected Mayor of the borough of Thetford, Norfolk".

Dr Minns, did so much for the town of Thetford including Campaigning for the rights of the ordinary people who were suffering from the appalling conditions of the work house. He made it his duty to improve their health and Wellbeing. This alongside his role as a Magistrate and other responsibilities required of a Mayor.

He was an educated man, who came as an immigrant to the town of Thetford and  gained the respect of the local community. A realistic notion and personal to me as my father Simon Gordon also had a similar journey.  He too, an educated man, came as an immigrant from the West Indies and won the respect of the local people, both as a businessman and for the contribution he made to the local community.

A Black man... paving the way for others like you and I.